Bone Broth – What is it?

Strawman Farm    Made farm fresh on our farm

In our commercial kitchen 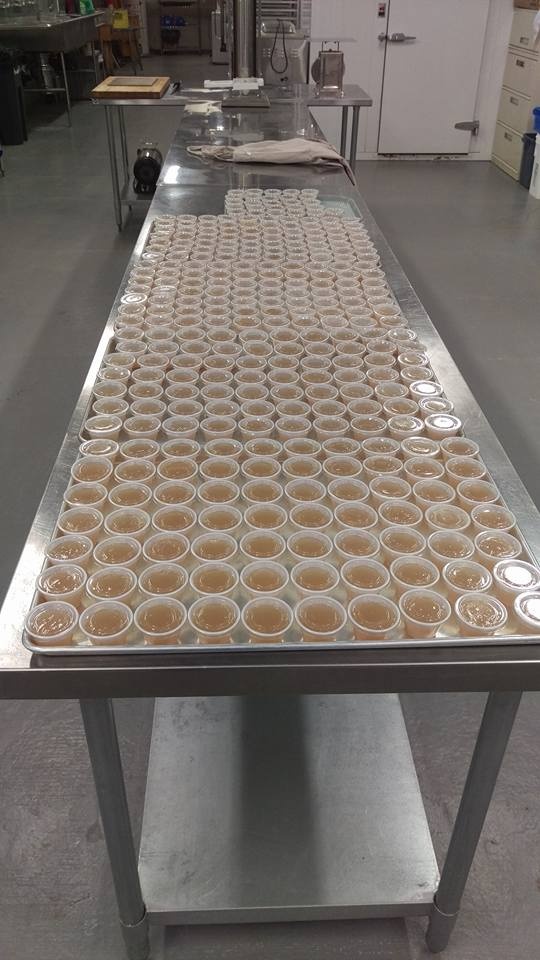 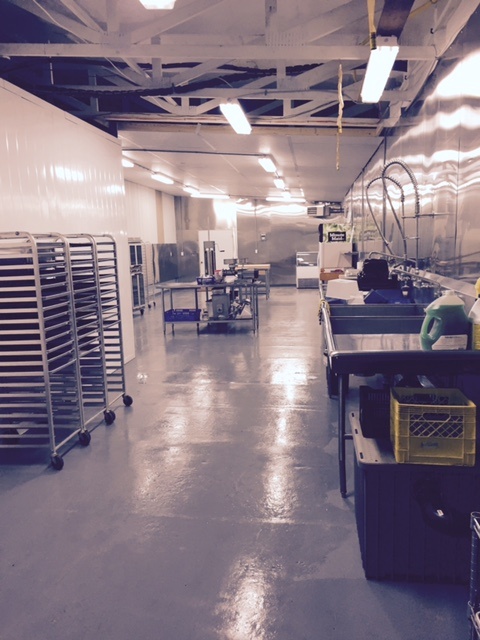 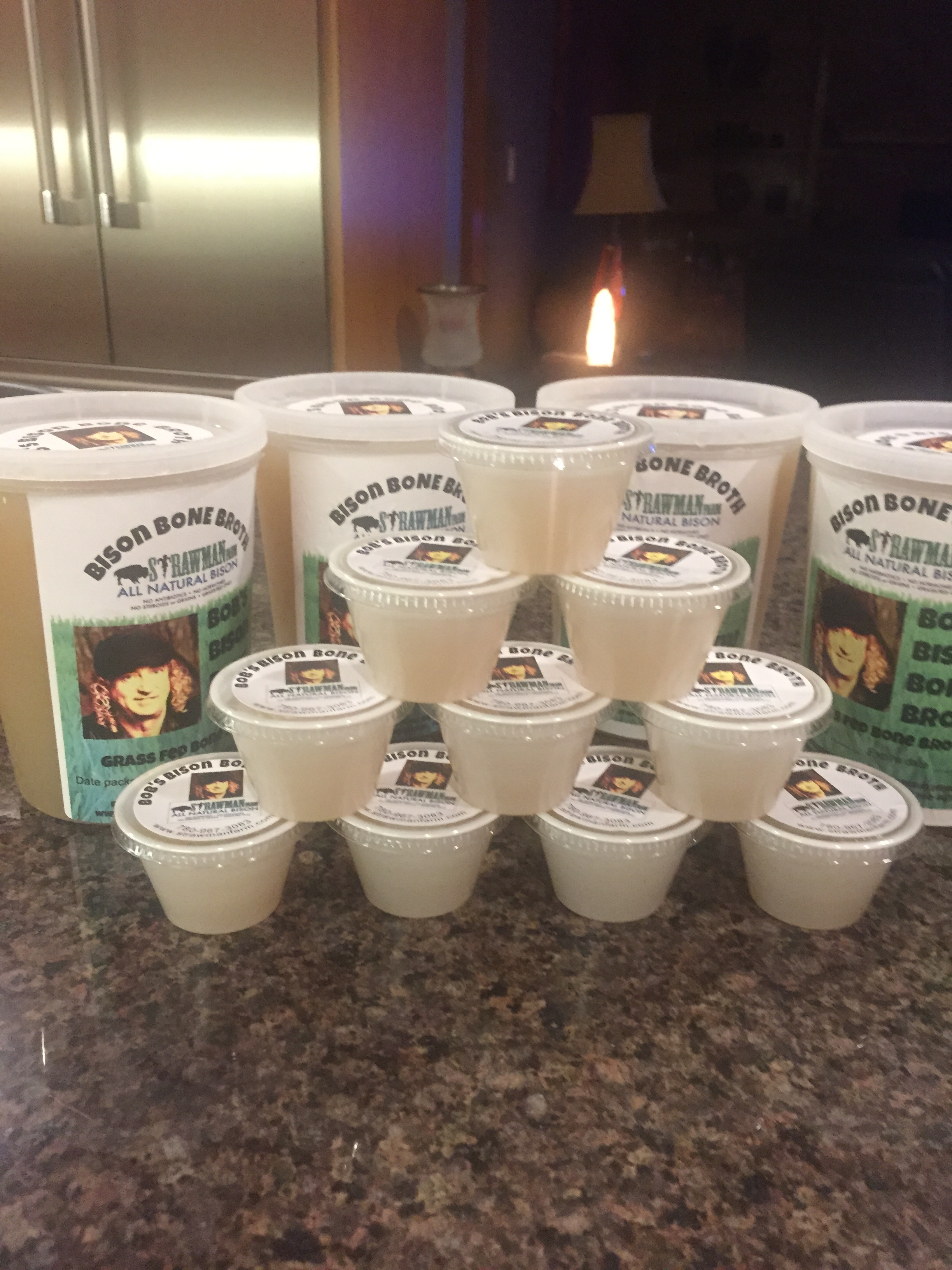 Bone Broth – what is it?

As far as Hippocrates (460BC – 370BC) various cultures have revered bone broth for its very soothing and vast healing properties.

We’re told to eat chicken soup when we’re sick but did you know the secret behind this soothing and healing natural food is actually the liquid broth? Bone broth is full of vitamins, minerals, protein, amino acids, collagen and glycine which are the building blocks that your body uses to repair itself.

A real bone broth is made by slowly simmering animal bones (such as bison, beef, chicken and turkey, fish and others) in water over a period of time (Strawman 48  hours or more). The result is a liquid broth that has immense nutritional value and is consumed as super food known for its healing properties.

Bone broth is widely regarded as a healing food. It’s known to heal the skin, gut, GI tract, aid in digestion or help you beat that cold/flu you’ve been suffering from.

Because broth is an extract of connective tissue, it is great for ailments affecting, joints, bones, lungs, muscle and blood.

“Good broth will resurrect the dead,”

says a South American proverb. Said Escoffier: “Indeed, stock is everything in cooking. Without it, nothing can be done.”

A cure-all in traditional households and the magic ingredient in classic gourmet cuisine, stock or broth made from bones of chicken, fish and beef builds strong bones, assuages sore throats, nurtures the sick, puts vigor in the step and sparkle in love life–so say grandmothers, midwives and healers. For chefs, stock is the magic elixir for making soul-warming soups and matchless sauces.

Meat and fish stocks play a role in all traditional cuisines—French, Italian, Chinese, Japanese, African, South American, Middle Eastern and Russian. In America, stock went into gravy and soups and stews. That was when most animals were slaughtered locally and nothing went to waste. Bones, hooves, knuckles, carcasses and tough meat went into the stock pot and filled the house with the aroma of love. Today we buy individual filets and boneless chicken breasts, or grab fast food on the run, and stock has disappeared from the American tradition.

Science validates what our grandmothers knew. Rich homemade chicken broths help cure colds. Stock contains minerals in a form the body can absorb easily—not just calcium but also magnesium, phosphorus, silicon, sulphur and trace minerals. It contains the broken down material from cartilage and tendons–stuff like chondroitin sulphates and glucosamine, now sold as expensive supplements for arthritis and joint pain.

Fish stock, according to traditional lore, helps boys grow up into strong men, makes childbirth easy and cures fatigue. “Fish broth will cure anything,” is another South American proverb. Broth and soup made with fishheads and carcasses provide iodine and thyroid-strengthening substances.

When broth is cooled, it congeals due to the presence of gelatin. The use of gelatin as a therapeutic agent goes back to the ancient Chinese. Gelatin was probably the first functional food, dating from the invention of the “digestor” by the Frenchman Papin in 1682. Papin’s digestor consisted of an apparatus for cooking bones or meat with steam to extract the gelatin. Just as vitamins occupy the center of the stage in nutritional investigations today, so two hundred years ago gelatin held a position in the forefront of food research. Gelatin was universally acclaimed as a most nutritious foodstuff particularly by the French, who were seeking ways to feed their armies and vast numbers of homeless in Paris and other cities. Although gelatin is not a complete protein, containing only the amino acids arginine and glycine in large amounts, it acts as a protein sparer, helping the poor stretch a few morsels of meat into a complete meal. During the siege of Paris, when vegetables and meat were scarce, a doctor named Guerard put his patients on gelatin bouillon with some added fat and they survived in good health.

The French were the leaders in gelatin research, which continued up to the 1950s. Gelatin was found to be useful in the treatment of a long list of diseases including peptic ulcers, tuberculosis, diabetes, muscle diseases, infectious diseases, jaundice and cancer. Babies had fewer digestive problems when gelatin was added to their milk. The American researcher Francis Pottenger pointed out that as gelatin is a hydrophilic colloid, which means that it attracts and holds liquids, it facilitates digestion by attracting digestive juices to food in the gut. Even the epicures recognized that broth-based soup did more than please the taste buds. “Soup is a healthy, light, nourishing food” said Brillant-Savarin, “good for all of humanity; it pleases the stomach, stimulates the appetite and prepares the digestion.”

Stock or broth begins with bones, some pieces of meat and fat, vegetables and good water. For beef and lamb broth, the meat is browned in a hot oven to form compounds that give flavor and color–the result of a fusion of amino acids with sugars, called the Maillard reaction. Then all goes in the pot–meat, bones, vegetables and water. The water should be cold, because slow heating helps bring out flavors. Add vinegar to the broth to help extract calcium–remember those egg shells you soaked in vinegar until they turned rubbery.

Heat the broth slowly and once the boil begins, reduce heat to its lowest point, so the broth just barely simmers. Scum will rise to the surface. This is a different kind of colloid, one in which larger molecules–impurities, alkaloids, large proteins called lectins–are distributed through a liquid. One of the basic principles of the culinary art is that this effluvium should be carefully removed with a spoon. Otherwise the broth will be ruined by strange flavors. Besides, the stuff looks terrible. “Always Skim” is the first commandment of good cooks.

Two hours simmering is enough to extract flavors and gelatin from fish broth. Larger animals take longer–all day for broth made from chicken, turkey or duck and overnight for beef broth.

Broth should then be strained. The leavings, picked over, can be used for terrines or tacos or casseroles. Perfectionists will want to chill the broth to remove the fat. Stock will keep several days in the refrigerator or may be frozen in plastic containers. Boiled down it concentrates and becomes a jellylike fumée or demi-glaze that can be reconstituted into a sauce by adding water.

Research on gelatin came to an end in the 1950s because the food companies discovered how to induce Maillard reactions and produce meat-like flavors in the laboratory. In a General Foods Company report issued in 1947, chemists predicted that almost all natural flavors would soon be chemically synthesized. And following the Second World War, food companies also discovered monosodium glutamate (MSG), a food ingredient the Japanese had invented in 1908 to enhance food flavors, including meat-like flavors. Humans actually have receptors on the tongue for glutamate. It is the protein in food that the human body recognizes as meat.

Any protein can be hydrolyzed to produce a base containing free glutamic acid or MSG. When the industry learned how to make the flavor of meat in the laboratory, using inexpensive proteins from grains and legumes, the door was opened to a flood of new products including bouillon cubes, dehydrated soup mixes, sauce mixes, TV dinners and condiments with a meaty taste. “Homemade” soup in most restaurants begins with a powdered soup base that comes in a package or can and almost all canned soups and stews contain MSG, often found in ingredients called hydrolyzed porteins. The fast food industry could not exist without MSG and artificial meat flavors to make “secret” sauces and spice mixes that beguile the consumer into eating bland and tasteless food.

Short cuts mean big profits for producers but the consumer is short changed. When homemade stocks were pushed out by cheap substitutes, an important source of minerals disappeared from the American diet. The thickening effects of gelatin could be mimicked with emulsifiers but the health benefits were lost.

Most serious, however, were the problems posed by MSG, problems the industry has worked very hard to conceal from the public. In 1957, scientists found that mice became blind and obese when MSG was administered by feeding tube. In 1969, MSG-induced lesions were found in the hypothalamus region of the brain. Other studies all point in the same direction–MSG is a neurotoxic substance that causes a wide range of reactions, from temporary headaches to permanent brain damage.

Why do consumers react to factory-produced MSG and not to naturally occurring glutamic acid found in food? One theory is that the glutamic acid produced by hydrolysis in factories contains many isomers in the right-handed form, whereas natural glutamic acid in meat and meat broths contains only the left-handed form. L-glutamic acid is a precursor to neurotransmitters, but the synthetic form, d-glutamic acid, may stimulate the nervous system in pathological ways.

A “Brothal” in Every Town

Peasant societies still make broth. It is a necessity in cultures that do not use milk because only stock made from bones and dairy products provides calcium in a form that the body can easily assimilate. It is also a necessity when meat is a luxury item, because gelatin in properly made broth helps the body use protein in an efficient way.

Thus, broth is a vital element in Asian cuisines–from the soothing long-simmered beef broth in Korean soups to the foxy fish broth with which the Japanese begin their day. Genuine Chinese food cannot exist without the stockpot that bubbles perpetually. Bones and scraps are thrown in and mineral-rich stock is removed to moisten stir-frys. Broth-based soups are snack foods from Thailand to Manchuria.

Asian restaurants in the US are likely to take shortcuts and use a powdered base for sweet and sour soup or kung pau chicken but in Japan and China and Korea and Thailand, mom-and-pop businesses make broth in steamy back rooms and sell it as soup in store fronts and on street corners.

What America needs is healthy fast food and the only way to provide this is to put brothals in every town, independently owned brothals that provide the basic ingredient for soups and sauces and stews. And brothals will come when Americans recognize that the food industry has prostituted itself to short cuts and huge profits, shortcuts that cheat consumers of the nutrients they should get in their food and profits that skew the economy towards industrialization in farming and food processing.

Until our diners and carryouts become places that produce real food, CANADIANS can make broth in their own kitchens. It’s the easy way to produce meals that are both nutritious and delicious—and to acquire the reputation of an excellent cook.