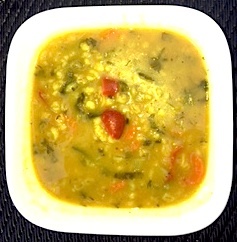 Bone broth soup is great on a cold winter day, great tasting, and great for your health. Bone broth has so many health benefits, as you may have already heard; anti-inflaming, anti-oxidizing, immune boosting, skin fortifying, and digestive tract soothing. But what is the difference between a bone broth soup, stock made from animal bones, or just plain bone broth?

Soups typically have some solids cooked into them (like meat and vegetables), and one will eat them with a bowl and spoon. Real bone broth like Strawman farm Broth is made by simmering animal bones that still have some meat left on them; one still gets all of the health benefits of the bones, but a depth of flavor that a plain stock cannot reach. Many people simply get a hot mug of broth and drink it much like they would their morning coffee.

By just adding a few ingredients and turning bone broth into bone broth soup, one can really let loose with their culinary creativity and experiment to their heart's content. One has a blank canvas of un flavored goodness to create a chef's masterpiece or a 'finger painting' with the fridge's leftovers. Either way, the soup one makes with bone broth will retain all of the wonderful health benefits.

Bone broth soup has been around longer than society itself, and may have even played a key role in forming it. The first crude cauldron that boiled the carcass from the hunt, with the tribe gathering around the fire for warmth and sustenance, has started a health food trend that has literally nourished the dawn of mankind. It has only been recently that society has started to really catch onto exactly why bone broth and soup made from real bone broth is so great for you.

Whether one desires overall wellness, is fighting a case of the sniffles or just craving a hot savory beverage, a hot cup of bone broth, or bone broth soup, is a great start.