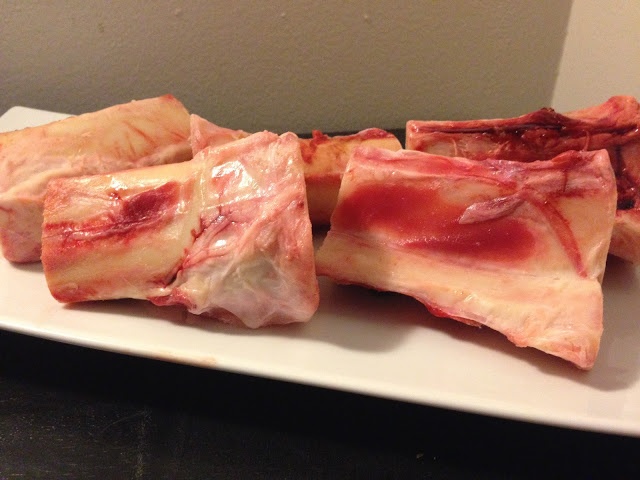 Bone marrow broth is an incredibly rejuvenating hot beverage. Real bone broth such as Strawman Farm Broth will include marrow bones as well, as they help round out the nutrition profile of your broth. Red marrow bones are where much of the red blood cells, and even some stem cells, are produced. It also adds a wonderful richness and depth to the flavor.


Bone marrow contains an array of vitamins, minerals, lipids and essential fatty acids that the body needs. It also contains conjugated linoleic acid, which has been shown to have cancer inhibiting properties. Bone marrow broth also contains zinc, iron, calcium, magnesium, selenium, phosphorous, manganese, and other mineral-Laden chemicals from the marrow, along with Vitamin A. As you can see, this is an incredibly nutritious food that does wonders for your body.

We  pre-cut to expose all of the marrow,. This exposes the marrow to the water so that the vital elements leach out easier. Plus, all of those cuts is a lot more surface area in general, and both marrow and bone will get more leached from them this way. So heat some up and enjoy your bone marrow broth!  From Strawman Farm It's as good for you as it feels; calming, comforting, healthy and satisfying